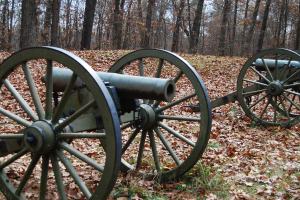 It is amazing to go back to that time and see how those soldiers fought. Nasty and bloody combats. Sometimes losing 1000 and more soldiers in a few hours of a day. I just wonder what these soldiers would think of the Americans of today? Was the ultimate sacrifice they died for worth all that blood?

As we are waiting for thursday to come and give our thanks(with turkey ofcourse) for the brave people who fought for the freedom we are enjoy today, let not forget the injustices suffered by many americans in the past. Here is a crip from the documentary “trail of tears” depicting the forceful removal of the cherokee indian tribe from Georgia just because their land happened to have “gold” in it.

Here are some of the pictures from the Kennesaw Battlefield. Click on the picture to see an enlarged image.  Should I say enjoy the pictures??

Happy Thanks Giving Everyone!!!